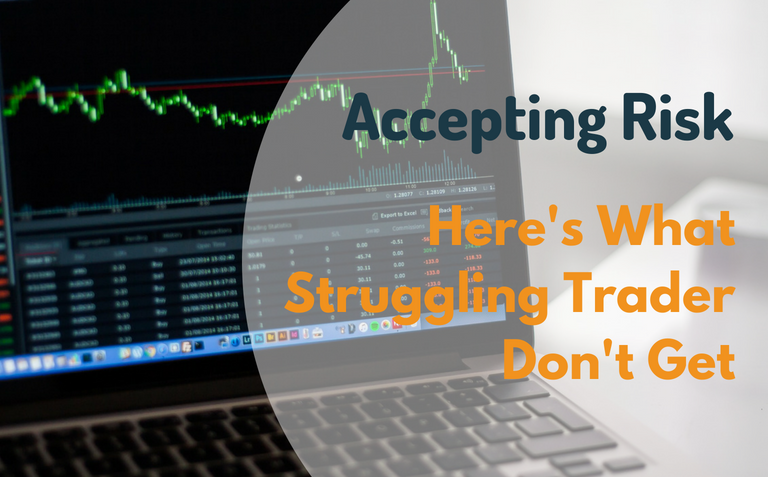 New and/or struggling traders like to make trading a right or wrong endeavour. The moment they place their trade, they do it with an expectation to win, which naturally entails being disappointed if they lose.

When the potential for disappointment exists, also called a loss aversion bias, it has the effect of colouring the way one perceives market information. This often results in more trading errors, more loses, and overall mediocre performance.

Imagine that you just bought a scratch card. The act of pulling money out of your pocket to buy the card is a way of saying that you have accepted the risk of losing the money you have “invested” in it.

I’m sure you agree with that — you can’t scratch anything unless you have accepted the risk. And you have since you bought the card.

Acceptance literally means ‘taking what is offered’. So here, you buying that card implies that you are at peace with the fact that you might lose your money. And the money you used to buy the card is essentially the money you are willing to lose to know if you are going to win a prize or not.

Once the card is bought, you have no other choice but to scratch it to see if the pattern shows up before taking any other action.

If the pattern on the card is a jackpot, great! Lucky you!

If it is not, then you might buy another one to find out if it is.

You might hope to win. You might even pray. But, when you buy the card, you kinda know somewhere in your mind that you’ll likely lose. So, even though you might feel disappointed when you miss, surely that feeling cannot linger because you have accepted the risk.

Trading is similar, yet different.

When trading using a technical approach, that pattern ** on the card ** shows up first. Then we have to put an amount of money we have decided to risk to find out if it’s going to result in a favorable outcome –or not.

Moreover, as the pattern shows up, the average traders will have the tendency to gather and interpret new evidence as confirmation of that pattern being right — that’s another bias called confirmation bias.

And then, they’ll will seemingly define a risk level – which of course they haven’t accepted – and will put the trade on.

Naturally, the problem here is that after the pattern shows up and they’ve put on their trade, they also have the capacity to retract themselves and say “No, no, no… I don’t want it anymore. I don’t want to lose. I do not accept the risk.”

This capacity to tweak the trade while it’s on is always there, within the click of a button.

So when something uncomfortable happens, an adverse move let’s say, because that freedom to tweak their trade exists, struggling traders often end up doing so. They’ll remove their stop-loss, increase or decrease their size, take smaller gains, and so on, instead of sticking to their original plan.

This is when all hell breaks loose.

When that potential to tweak a trade exists, you can be sure that people are going to use it in the worst possible way, breaking their rules without forethought, just because they can and feel like it.

Most people will do so because when money is on the line, we tend to lose our ability to think rationally.

When you tweak your trades when they’re on, despite your better judgment and rules, it means that you haven’t accepted the risk when placing the trade, to begin with.

Placing a trade and removing the stop-loss later is a clear expression of agreement that isn’t supported by real conviction.

You might have recognized that a pattern (an edge) was there, yet you haven’t accepted the risk, even more so you don’t want to be wrong.

Additionally, as green and red bars battle out, you’ll have the tendency to feel good and optimistic when things are going well, even it’s just small retracements in a larger trend that is moving against your position.

With confirmation bias altering your perception, you’ll tend to focus on information that is telling you that you are right, and so, you’ll become oblivious to the fact that the market is trending against you.

Conversely, if you were to be in a winning position, the same scenario would happen. You would focus on any market information that is telling you that you are wrong, and so, you would certainly close your trade too early because any minor retracement would scare you out.

Trading is not about being right.

So again, trading, for the typical trader, is a right or wrong endeavor. But in reality, trading a technical system has nothing to do with being right or wrong – it is just an odds game. You accept the risk first, then you show up and you place and manage your trade according to a proven plan. Not according to your whims and fantasies.

Even if you don’t have a big market edge, if you can be consistent, your odds of success in the long term are pretty decent. Unlike the scratch card or the lottery.

But in the short term, anything can show up — wins and losses can come in strings. So, the only expectation you should have when placing your trade is to think that the markets will do something.

What? Nobody knows. We don’t have to know.

The only thing one needs to know is this:

At any given time, if any one of these parameters is missing, or if the answer isn’t crystal clear, then the trade is not worth placing.

When you buy a scratch card, you’re locked in the investment. You can’t go back. But with trading, you can. And this messes up everything. Too much freedom becomes detrimental.

Imagine if there was a trading software out there that prevented people from tweaking their trades once they’re on, whereby you would have to choose your risk level, then place your trade using whichever method of analysis of your choosing.

But after that, an automatic, intelligent contingent exit strategy would set in, taking that task out of your hands.

Well, if that trading software existed and was the norm ((by the way, I truly hope someone invents it), you’d certainly see that trading is inherently pretty easy. We just make it hard. Most of the time it’s our thinking that gets us into trouble. 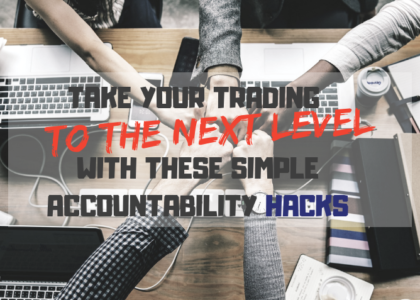 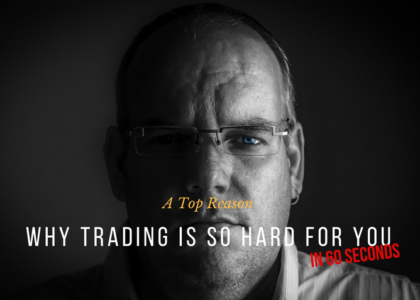 Stoicism Series 5-5: How To Be A Stoic Trader In 6 Steps
Long Posts

How I Became Consistent In Forex…
Long Posts

What A Rat Experiment Tells Us About Hope
Long Posts

You want results? Focus on this!
Long Posts
The Original Mind and its empty nature
Quotes
TRADING COMPOSURE SCHOOL
TWO GROUND BREAKING COURSES
Learn stability of mind and great trading processes
WITHOUT THE BULLSHIT
ACCESS
Recommended
BOOKS FOR TRADERS
"Reading is to the mind what exercise is to the body."
SEE THE LIST
Learn to trade with a carefree state of mind
START HERE