A Short Guide For Those Inevitable Bad Days 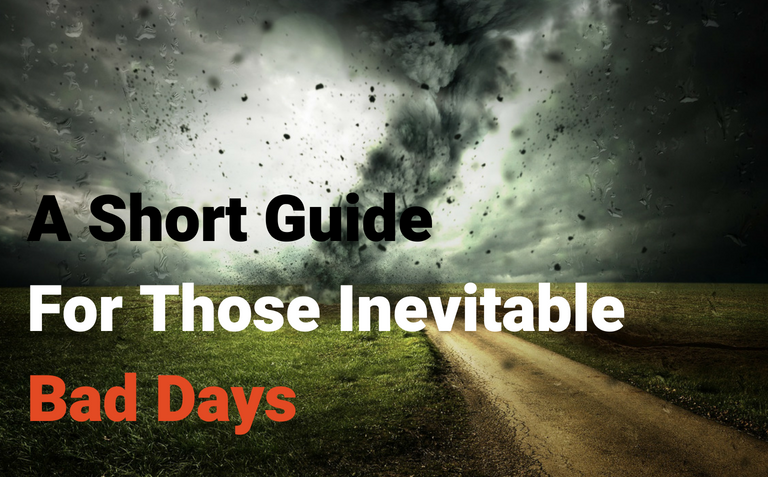 Have you ever heard of Murphy’s Law? It’s a popular adage that states that things will go wrong in any given situation if you give them a chance. And it’s more commonly expressed as follows:

“Whatever can go wrong, will go wrong.”

Now let me tell you how my day went. First, for some personal reason (pertaining to family), I was agitated the whole night and didn’t get a restful sleep. I woke up at 9 a.m., which is super late for me (I usually wake up at 5.), opened my trading platform, watched and adjusted my long-term positions, but didn’t add any new ones even though I had planned to do so.

A Short Guide For Those Inevitable Bad Days

I initiated a day trade, a small winner, but then, aware of my current suboptimal state of mind, I didn’t feel I wanted to press my luck, so I closed the platform and moved on with the rest of my day.

Overall, I felt lethargic and couldn’t get myself to focus on doing anything, so I read some stuff online, then took a nap.

Later, I went to the grocery store to get some food. As I was walking through the mall, I made the mistake of starring at someone in the eyes for a little bit too long.

I wasn’t deliberately doing so. It’s just that for a brief moment I was lost in thought, my eyes happened to land on that guy’s face, our eyes connected, and I wasn’t even aware of it.

It was a second or two too long.

This, as you might have guessed, got me into trouble.

Each moment thereafter, I could feel my mood drop lower and lower.

Whether in trading or in your life outside of the market, bad things will happen. And when they happen, they usually do so with momentum. Not because bad things necessarily happen in strikes but because after one bad experience, we unconsciously tend to look for more bad experiences everywhere. This is a well understood cognitive bias called the negativity effect.

According to Wikipedia, the negativity effect refers to the notion that, “even when of equal intensity, things of a more negative nature (e.g. unpleasant thoughts, emotions, or social interactions; harmful/traumatic events) have a greater effect on one’s psychological state and processes than neutral or positive things.”

Because of the negativity effect, a ‘bad’ instant is often like a domino effect. One block falls, and the other ones usually follow. We all have this bias, albeit, we’re affected by it to different degrees, but nobody is completely immune to it.

On days like today, I spend time with myself in solitude. A capacity for solitude helps one put things into perspective and re-focus one’s attention on what’s important.

I also sit still. I look inward and face the discomfort. I stay with it, just giving it my full attention, as much as I can.

There’s usually a story going on in my mind that is causing the pain and the negative outlook. I notice the story. Whether it’s real or not is irrelevant. I just notice it and its nature. It comes as waves, and the more I get stuck telling myself this story, the more I am stuck in the outlook and the pain.

So I turn my attention to the present moment, and with full willingness, I allow myself to feel everything, instead of running away from it.

When I do so, curiously it’s not so bad. My negative outlook clears up, and my pain’s half-life is dramatically reduced.

Nothing working for you.

Some days are like that. You have nothing working for you. But that’s Ok.

Our minds always want to run away from difficulty, discomfort, and pain. This is a good strategy for temporarily not having to deal with difficulty. In the present moment, you might feel some relief.

Plus, what this does is that it makes us better at running away from difficulties. We keep ourselves busy by way of distractions and never face what ails us. So we never learn to deal with what’s inside us, and what’s in front of us.

This means that we are at the mercy of fear and discomfort because we don’t learn how to deal with those situations. And it’s true of trading, exercise, healthy eating habits, relationships… you name it. We’re like little kids who don’t want to do any hard work but want the reward.

But try this: Pause for a minute. Face what ails you, as I do, and think about what difficulty you’re ruminating about.

Stop trying to avoid the pain and discomfort. Let it all come to the surface of your mind.

Personally, today when I sat, I realized that this “Yvan” that got insulted earlier and nearly punched in the face… he doesn’t exist. It’s just an image that the angry guy in the mall had created in his head about who he thought I was. But it’s not really me. And this “Yvan” that I have in my head — an Yvan who tries his best to be a good person — this, as well, is just something I’ve created in my mind.

Inherently, in the middle of all of this *seeming* solidness, there’s no center. There’s nothing or no one to whom things are happening. Just a fluid everpresent moment.

As I turn to this reality, turning and facing my feelings, staying with them, and seeing the nothingness in the middle of it all, everything was suddenly OK. Not brilliant, but not so bad.

Of course, not all problems will just evaporate using this method of self-observation, but I can tell you that you’ll be able to face many more things as you get good at it. You’ll get better at dealing with discomfort, instead of running away from it like most people do. You’ll get better at facing difficulties. You’ll be more present and more willing to stay centered in the moment, rather than needing distractions all the time. Not overnight, but with practice. 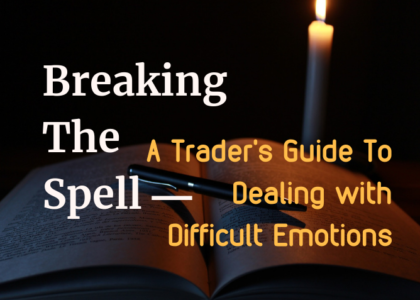 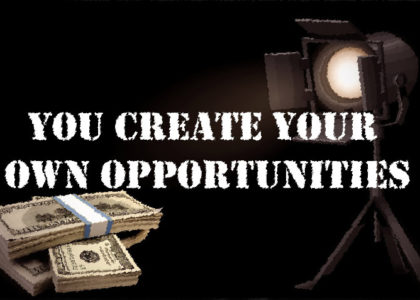 When to trade
Trading is meditation
Categories
Featured
Comments
Random
Ray Dalio: “The Most Important Thing A Trader Can Have Is Humility.”
Videos

How To Trade Using The Do-Nothing Technique
Short Posts

How To Trade Like A Zen Monk
Short Posts

Are You Making This Crucial Trading Mistake?
Short Posts
TRADING COMPOSURE SCHOOL
TWO GROUND BREAKING COURSES
Learn stability of mind and great trading processes
WITHOUT THE BULLSHIT
ACCESS
Recommended
BOOKS FOR TRADERS
"Reading is to the mind what exercise is to the body."
SEE THE LIST
Learn to trade with a carefree state of mind
START HERE