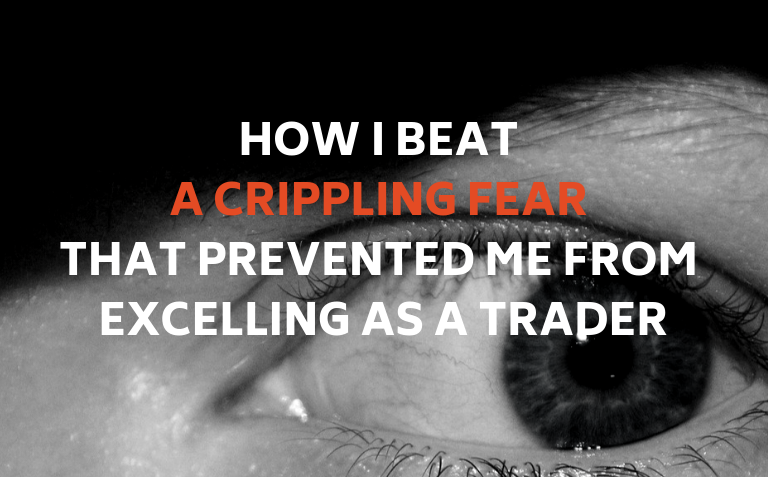 A few years ago, I had an experience that revealed a lot about my mind.

At the time, I had just come back from a 6-month meditation journey and I was slowly reintegrating society.

Being out of a job, I had to earn a living, so I turned to trading once again despite my previous failures as a trader.

With a fresh new outlook on life and an introspective tool like meditation to help me cope with the ups and downs of the market, I was ready and determined to make trading work this time.

But when it finally came to my first day of trading, I was suddenly overwhelmed by a crushing feeling of anxiety running through my entire body.

My past failures were still haunting me.

I feared that I would fail once again, so I had sweaty palms right as I sat there waiting for my trade to unfold.

My mind was generating catastrophic scenarios and beaming them to the forefront of my consciousness, and my emotions were urging me to go hide under the table.

This really crippled me, so I decided to do something about it.

First, I had to make peace with the fact that failure could happen again.

In The Discourses of Epictetus, he has a chapter specifically on anxiety related to failure. He provides the example of a musician who can play an instrument flawlessly and confidently when he’s alone by himself, but when he walks into the theater to play for an audience, he suddenly becomes fearful, so much so that it affects his performance.

Epictetus states that the man becomes fearful because he is worrying about things that are not up to him. (For instance, what the audience thinks of him and how it would react to his performance.)

Epictetus then goes on to state that to overcome fear and anxiety, one must internalize the dichotomy of control, which states that some things are within one’s control and some things aren’t.

Things in one’s control, he thought, are opinions, desires, aversions, goals, and actions.

Things not in one’s control, he thought, are body, property, reputation, command, and, in one word, things external.

This dichotomy of control must be fully understood and become part of your mind’s chatter.

Needless to say, this is no easy task at all, and it is not something that you can do in a day or week. That’s why it requires an ongoing careful investigation.

But, I was determined, so I did exactly that. In everything that I did, I would determine what is within my control and what isn’t, and I would practice relinquishing any attachment I might have to events or outcomes that aren’t in my control.

On the other hand, I would practice making the very best decision I can make at the time — to a hardcore stoic, the only thing one has control over.

But, here’s another incredibly impactful exercise I did:

2. Looking Into the Nature of Fear

Every day for a few weeks, I decided to make fearlessness the object of my daily morning meditation.

Essentially, I would take some moment to settle down by focusing on my breathing.

Then, at some point, when I felt more grounded, I would recall my past traumatic experiences in the market.

I would then objectively assess the situation at hand – what are my thoughts like; what kinds of emotions are present; where do I feel those.

If you want to give it a try, below is a guided meditation by Laetitia Jacquouton, yoga and meditation instructor at Modo Yoga.

You’ll find this meditation amongst a growing number of other meditations in the Trading Psychology Mastery Course.

This fearlessness meditation is about cultivating a non-judgmental present-moment awareness. In other words, you’re not generating judgments or comments about the thoughts or the emotions you are experiencing.

You are instead experiencing them through the lens of acceptance and willingness – to feel even the most difficult of emotions.

And during trading, whenever patterns of fear and anxiety come up to the surface, once again, you do the same –you welcome them wholeheartedly and observe them objectively.

This willingness to feel is the essence of fearlessness.

Now, these two exercises have helped me a lot. And, after doing them for quite some time, I began to feel neutral feelings about trading.

I wasn’t anxious or fearful, to the degree that I was before. Because I had looked into the nature of fear –examining it for what it is, seeing its impermanence — and I had made investigating the dichotomy of control a habit.

And speaking of habit, your life is nothing but a collection of that. Patterns are everywhere in nature, even in your own thoughts and behavior. But most of your habits are unconsciously acquired and unthinkingly perpetuated.

You see, the mind is rather dumb in that it doesn’t know the difference between a good habit and a bad one. Whatever gets rehearsed becomes the norm of your mind.

And with these two exercises, you are consciously reprogramming your mind be the latter and to think in more productive ways.

That said, if you want to know how I managed to turn a small account into a bigger one, I explain that in this post.

And as parting words, let me say that all your troubles as a trader are fear-based. If you can understand that fear ―how it manifests itself, what it incites you to do/not do, what triggers it― and if you vow to learn to work with it, you’re at a mature stage in your development as a trader.  Good things are on the horizon for you. 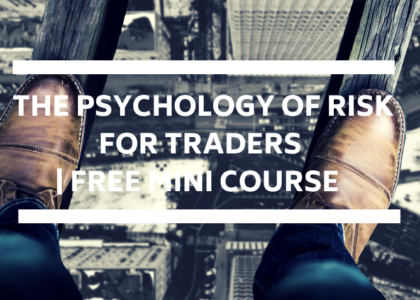