Can You Grow A Small Trading Account Into A Larger One? The Answer From Someone Who Has Done It. 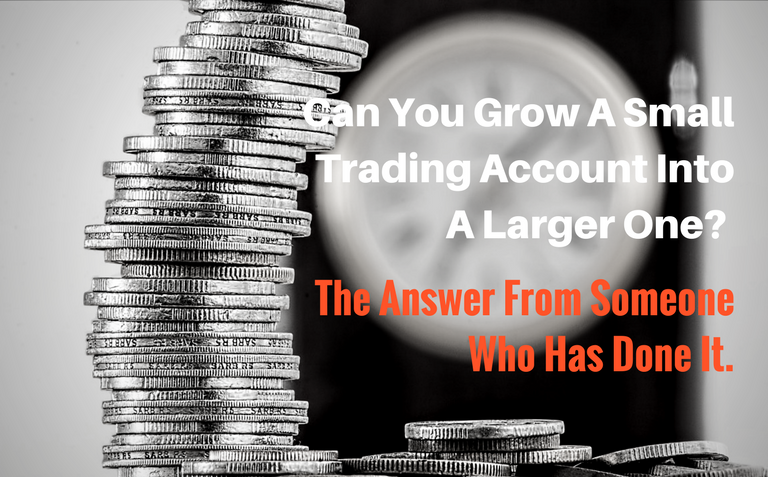 Let me begin this post by saying this: A resounding Yes! You can grow a small account into a bigger one. But there are some things you don’t want to be naïve about.

Can You Grow A Small Trading Account Into A Larger One? The Answer From Someone Who Has Done It.

Let’s ditch the preliminaries and go right to the point:

1. Mistakes are magnified in smaller accounts.

You have less room for error, and so, by default, you have a lower probability of success. You won’t be able to get by if you make mechanical mistakes as opposed to larger accounts where risk is often more linear.

2. You won’t be able to create a certain number of trade occurrences.

It’s very simple: the statistical chance of reaching your expected results is a function of the number of times something happens. In other words, the more you trade a winning strategy, the closer you will get to your expected results — that is if you trade it flawlessly. But if you’re not trading enough, this is hardly achievable. Your results will tend to be random. This is not something to be feared but it’s something to be understood.

You have to trade to refine your execution skills. This implies that you’ll make mistakes over and over again, but you’ll learn from them until those said mistakes won’t happen anymore. You’ll learn what works and what doesn’t. Those are the advantages you get when you stay engaged and make trading a long-term thing. In a small account, it is very difficult to keep a certain level of engagement.

Even if your strategy is a winner and trading errors are completely eliminated, cost of carry, slippage, commissions, all of those might eat into profits because their importance will be magnified. So, to counteract that, smaller accounts require greater risk-taking, at least until the account grows to a decent level. Taking such risks equates to higher odds of massive drawdowns after just a few consecutive losers, followed by an eventual blow-up. At a mere 30% drawdown you have to gain 42.9% just to break even, and at a 50% drawdown, you have to double your money. This is just brutal financially and emotionally.

Although there is no hard and fast rule for how much you should have in your account to start trading, many brokerages will require you to deposit a minimum of 2000 dollars. Given the points I’ve just stated, I don’t think that amount is enough to trade for a living, if that is your goal.

If your goal is to grow a small account into a larger one, then read on…

In 2006, I quit my job and started trading full-time with a 100k account, which was slowly reduced to around 14k over the course of 5 years or so.

The problem was my overall mindset – I was highly emotional, and compulsions ruled my trading. I knew how to trade but the psychological implications of trading for a living made consistent profitability an impossible feat to achieve.

I eventually got over the psychological impediments. This wasn’t some kind of AHA moment, rather it was slow and progressive changes.

But then, I was still left with 14 k that I had to work with, and I had decided to structure my future trading operations as follows:

Long story short, I was able to grow the account. As the account grew, I slowly reduced my position size because as the account kept growing, conserving my capital became more of a concern.

And now that account is well past the 300k mark.

Was there luck involved?

Yes. Absolutely! And that’s the point I want to expand on.

Well, sure, talent helps; hard work helps; a big account helps, but those are NOT enough! You also need luck! And, for better or for worse, you need to take your chances. That’s what made these people the successes that they are: it’s strategic risk-taking, persistence, and a magic topping called luck.

In life, risk shouldn’t be feared. Rather it should be fully understood and embraced. In doing so, you’ll learn to take calculated risk, thus turning it into a powerful ally that will help you achieve your goals faster.

Even if you’re a consistently profitable trader, you will NEVER become incredibly wealthy by being too conservative. Even with the best trading system in the world. No matter your account size.

If it were that easy to build massive amounts of wealth, the quants and the mathematical geniuses of the world would all be billionaires trading the perfect system, with a big enough account.

But it’s not the case. So it’s not enough.

To get your chance at becoming incredibly wealthy, you have got to be wild sometimes, take some daring bets, with size, and be truly ok with failure. It’s kind of the same mindset people might need to go onto gambling sites like Aio Bet with, failure and success are both options, the only part that remains true is the risk.

Don’t get me wrong, risk management is key to the process of good trading, so you shouldn’t take daring bets all the time. Rather what I’m suggesting is that you should identify high probability opportunities where upping your risk level would also yield a high probability of success. The potential outcome has to be worth the risk.

It might not seem like it but there’s a lot of dogma in the trading world. One of them is that you shouldn’t risk more than 1% of your account per trade. This is some blanket statement bullshit.

Well, yeah… that works if you’re a trend follower with a low win%. But if you’re just a trend trader who seeks an average R:R of 1:1 (more or less) and has a win% of over 55%, it doesn’t make much sense to risk 1% per trade.

My point is: your risk level should depend on your own personal specific circumstances, common sense, and it should be structured by a plan that allows for it and that has been proven to be viable. Your risk level shouldn’t be based on some arbitrary quotes from 50 years ago that you’ve read online. No matter who said it.

Yes! Is it easy? No. The odds are against you for the reasons stated above. That’s why it’s important to set your expectations straight, right from the start. Don’t expect to be a millionaire by the end of the year. In fact, be prepared to lose it all. Accept it fully and consider it as a learning experience.

Remember “skills over money” as your motto. If you keep an open mind filled with childlike curiosity, and if you cultivate an eagerness to learn and build your skills instead of putting your attention right away on the monetary rewards, you will be far ahead of the crowd.

Also, keep in mind that the path of comfort is not always the best. You have to take risk to achieve greatness. Manage your risk strategically, but don’t be too conservative in your trading. Too much conservatism will narrow your trade selection, tether you to what’s comfortable, and lessen potential rewards.

No matter how you slice it, you’re gonna die someday. So might as well…

Trading is speculation after all. If you want certainty with a fairy tale ending, you’re in the wrong field. You’re better off placing your money somewhere else – minus the risk.

Financial markets are where fortunes are created and decimated on a daily basis. Understand this. Take risk using logic and wise discernment and acceptance.

Warren Buffet is a firm believer that risk only exists for those who do not know what they’re doing. This is so true: If you act and know what you’re doing, you can earn big and lose small. If you act but don’t know what you’re doing, you still stand a chance to earn but you’ll eventually lose big. But at the end of it all, there’s always a lesson to be learned. You only miss if you don’t act: you lose by default because you don’t learn and you don’t earn.

No matter your account size, you have a limited number of moves…make them good ones. 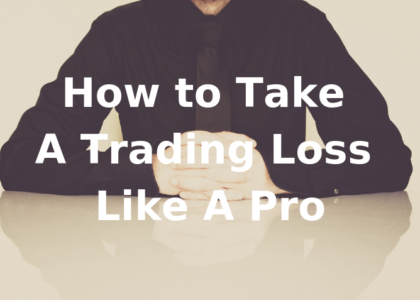 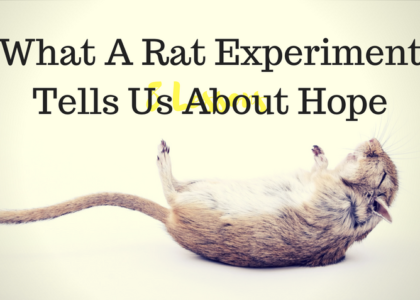