Why Traders Should Meditate — 9 Things You Probably Didn’t Know 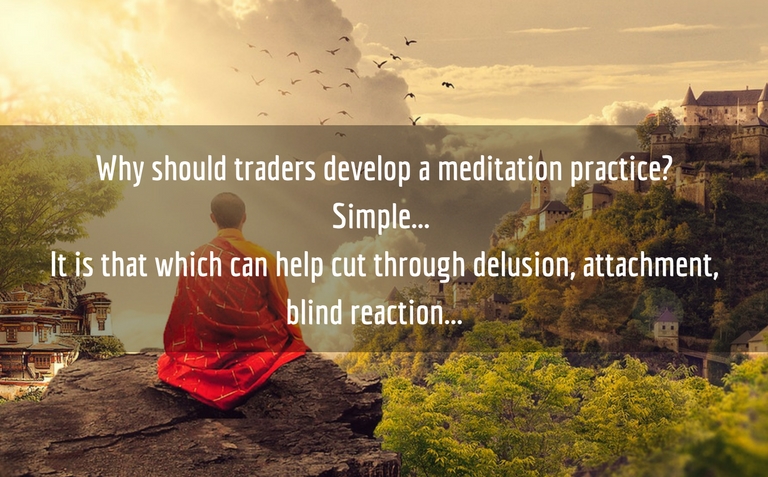 The meditation-and-the-brain research has been rolling in steadily for a number of years now.

Although a lot of the earlier studies were flawed and yielded unreliable results, more recent reviews have pointed out many of these flaws with the hope of guiding current research into a more fruitful path.

Research on the processes and effects of meditation is a growing subfield of neuroscience, and so, new studies are coming out just about every week to illustrate the, now confirmed, benefits of meditation.

A few of those benefits that are particularly fitting for traders are as follows:

Why Traders Should Meditate — 9 Things You Probably Didn’t Know

One of the most interesting studies in the last few years carried out at Yale University found that mindfulness meditation decreases activity in the default mode network – the brain network responsible for mind-wandering and self-referential thoughts.

The default mode network (DMN) is active when we are not focusing on anything in particular; when our minds are just wandering from thought to thought, like a monkey jumping from branch to branch.

This is where the Buddhist expression ‘Monkey mind’ comes from – it refers to the incessant chatter that goes on in our heads.

Since mind-wandering is typically associated with being less happy, ruminating, and worrying about the past and future, it is the “goal” of meditation to dial it down. And several studies have shown that meditation, through its quieting effect on the DMN, appears to do just this.

Eventually, when the mind does start to wander like it just naturally does, because of the new connections that form, meditators are better at breaking the spell of association — to their thoughts.

This is particularly significant for us traders as it allows us to reroute our attention to the present whenever we catch ourselves indulging in thoughts of past or future trades; wins or losses, or any kind of weighing, judging or doubting that is unnecessary.

The ability to stay presently focused allows us to trade and manage our current positions to the best of our abilities. It allows us to see market action from an objective and impartial standpoint.

Do you feel depressed when you lose in the markets?

A study conducted in Belgium, involving a decent sample of 400 students (age 13 – 20), concluded that participants who followed an in-class mindfulness program reported a reduction in depression, anxiety, and stress.

A study from the University of Wisconsin-Madison indicates that the practice of Meditation reduces the grey-matter density in areas of the brain related to anxiety and stress. The individuals who participated in the study were more able to attend moment-to-moment to the stream of stimuli to which they were exposed to and less likely to ‘get stuck’ on any one stimulus.

This means that when we monitor non-reactively the contents of experience from moment-to-moment, primarily as a means to recognize the nature of emotional and cognitive patterns but also as a mean to better understand some fundamental truths about the nature of our minds, we reduce the apprehension of future events. Along the way, we reduce stress and anxiety!

In a research published in the American Journal of Psychiatry, 22 patients diagnosed with anxiety or panic disorders were submitted to a 3 months meditation and relaxation training.

As a result, for 20 of those patients, the effects of panic and anxiety had reduced substantially and the changes were maintained at follow-up.

A group of Harvard neuroscientists ran an experiment where 16 people were submitted to an eight-week mindfulness course, using guided meditations and integration of mindfulness into everyday activities.

At the end of it, MRI scans showed that the grey matter concentration increased in areas of the brain involved in learning and memory but also in regulating emotions, sense of self, and perspective.

In other words, if we cultivate a regular practice, our perspective on life’s circumstances and experience becomes more faithful to the way things really are.

6. Meditation improves your focus, attention, and ability to work under stress.

A study led by The University of California suggests that during and after a meditation training, subjects were more skilled at keeping focus, especially on repetitive and boring tasks.

Another study demonstrated that even with only 20 minutes a day of practice, students were able to improve their performance on tests involving cognitive skill, in some cases doing 10 times better than another group that did not meditate.

They also performed better on information-processing tasks that were designed to induce deadline stress. In fact, there is evidence that meditators have a thicker prefrontal cortex and right anterior insula, and to this effect, the practice might offset the loss of cognitive abilities associated with old age.

A study done at the UCLA Laboratory of Neuro-Imaging suggest that long-term meditators have larger amounts of gyrification (“folding” of the cortex) than people who do not meditate.

PhD psychotherapist Dr. Ron Alexander reports in his book Wise Mind, Open Mind (and backed by research) that the process of controlling the mind, through meditation, increases mental strength, resilience, and emotional intelligence.

9. Meditation increases your ability to keep focus in spite of distractions

These neural relationships may be involved in the development of cognitive skills, such as maintaining attention and disengaging from distraction.

Moreover, the benefits of the practice were observed also in normal states of consciousness during the day, which speaks to the transference of cognitive abilities “off the cushion” into daily life.

I’ve just cited some of the main benefits. There are others — and many more studies. But hopefully, you get the point. If you don’t have a practice, you are missing out.

In my opinion, this is the number one most important self-improvement habit. It’s meditation. 20 minutes every single day… try to install that one habit in your life and see what happens.

And don’t expect some magic to happen within an hour or a week of practice. No, this is why it’s called meditation “practice”. It takes a repeated seeing and learning to effect the transformation.

If you don’t have a practice and don’t know where to start, check out the Start Here page. 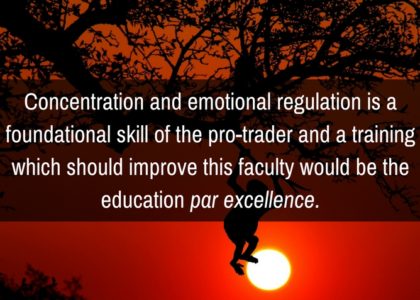 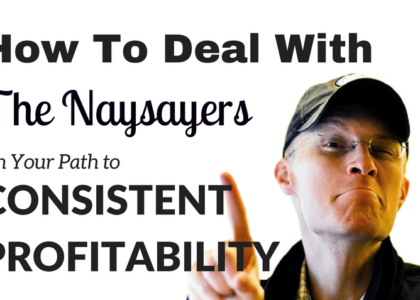