Why Money Shouldn’t Be Your Primary Goal 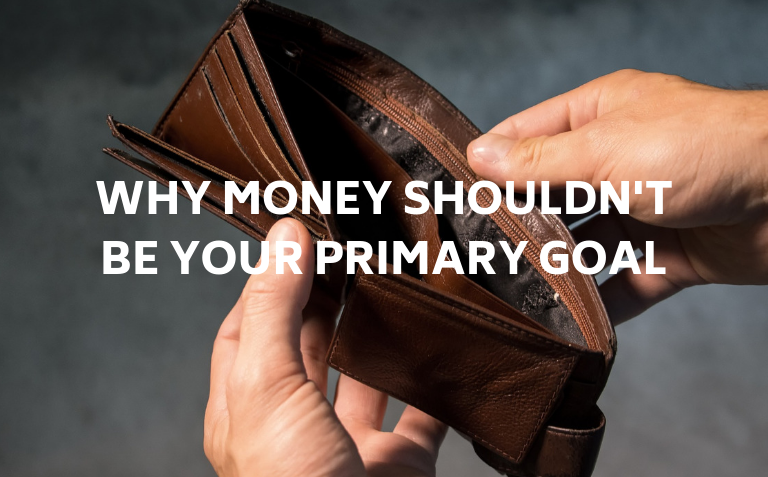 This week, I’d like to talk about money and why it shouldn’t be your primary goal.

I know this sounds paradoxical… after all, we’re in this field to make money and improve our lives in one way or another. But please hear me out as I will pinpoint the very reason why people fail to be consistent in trading.

Why Money Shouldn’t Be Your Primary Goal

First of all, let me tell you what money really is.

Money is an exchange. It’s a social agreement and a symbol.

At first, it was gold coins. Then it became paper, and now, computer codes.

But inherently, money is just an idea, and it’s becoming a more and more abstract one — we are basically just agreeing that it is there and that it’s worth this or that much.

If you buy a multi-million dollar mansion, a flock of birds might pass by and shit on it, not knowing what it is and what it’s worth.

Money is a human construct. It’s a wonderful tool for us, so much so that people often generate tremendous attachment towards it.

If you pay attention, you’ll see that these people are often wandering around in circles. They’re always chasing something monetary or material.

There’s an illusion of arriving somewhere – a place of contentment.

But they never arrive anywhere – the moment they finally buy that sports car they’ve been dreaming of for years, the excitement and happiness fade away, and they’re off chasing another shiny object.

And then, there’s the crowd that thinks that money is just not important.

Yes, money is an invention and doesn’t mean anything outside of human perception.

That doesn’t make it any less important, especially in a complex human society such as the one we’re in.

It doesn’t bring lasting happiness but it’s an important cog in the wheel.

In both of these cases, there’s an attachment to an idea of money. And in both cases, it’s very difficult for these people to maximize their own happiness and well-being.

A more balanced approach towards money…

Yes, money is an important tool, but, as a trader, it shouldn’t be your primary goal. It should be viewed as a natural consequence of trading well.

Money is what you get for being skillful. And being skillful requires that you don’t stress about it and relinquish some of your attachment towards it.

It’s about creating balance, a sort of “middle-way”. That balance will then help you create consistency in trading.

See, my inbox is typically filled with messages like this:

“Dude, I hit 5 losses in a row last week, I need to make it all back this week. Any advice?”

And my response is always the same: “Just chill the F out.”

It’s trading. Your results are never going to look like this: 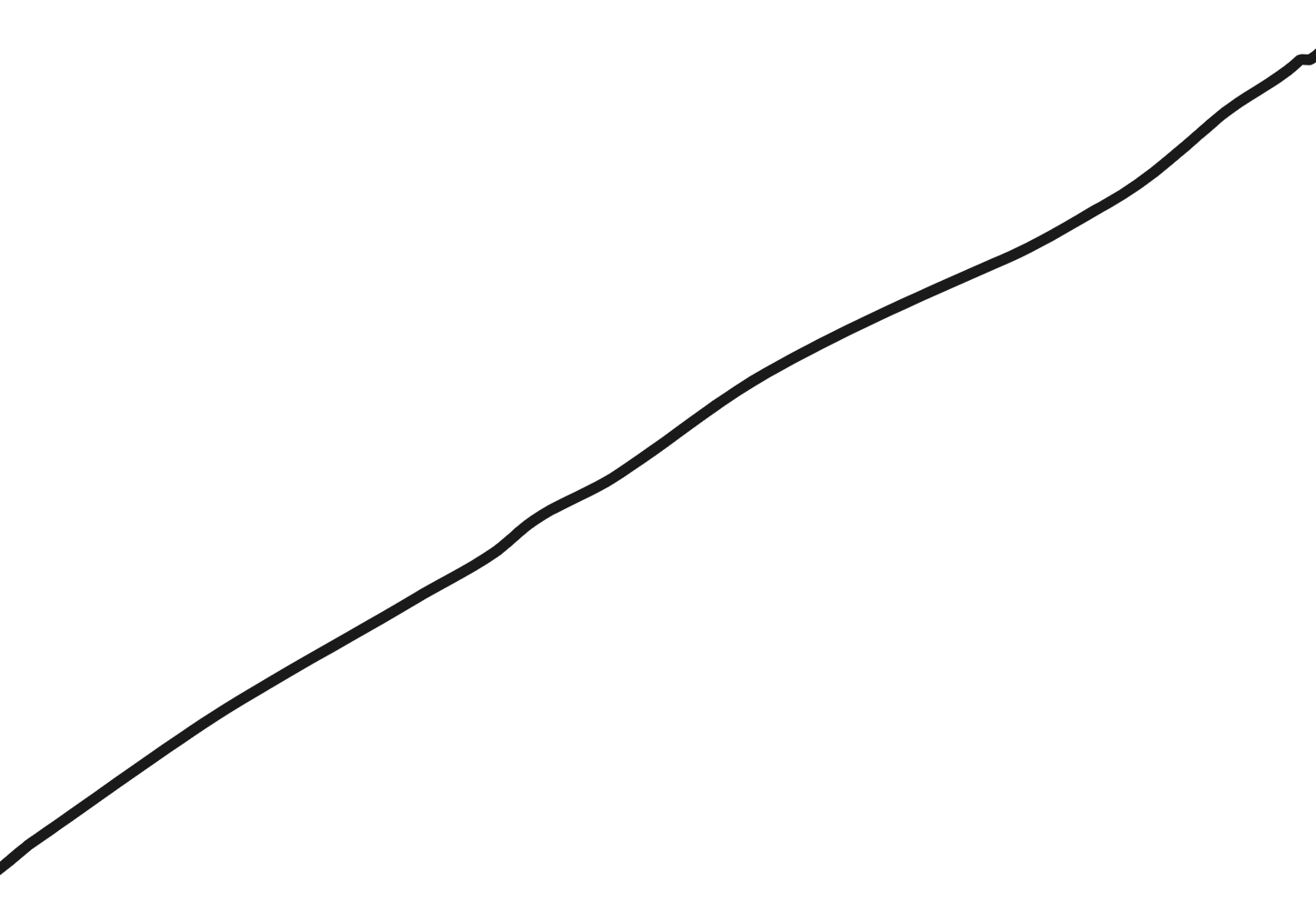 If you’re doing everything right, your results will look more like this: 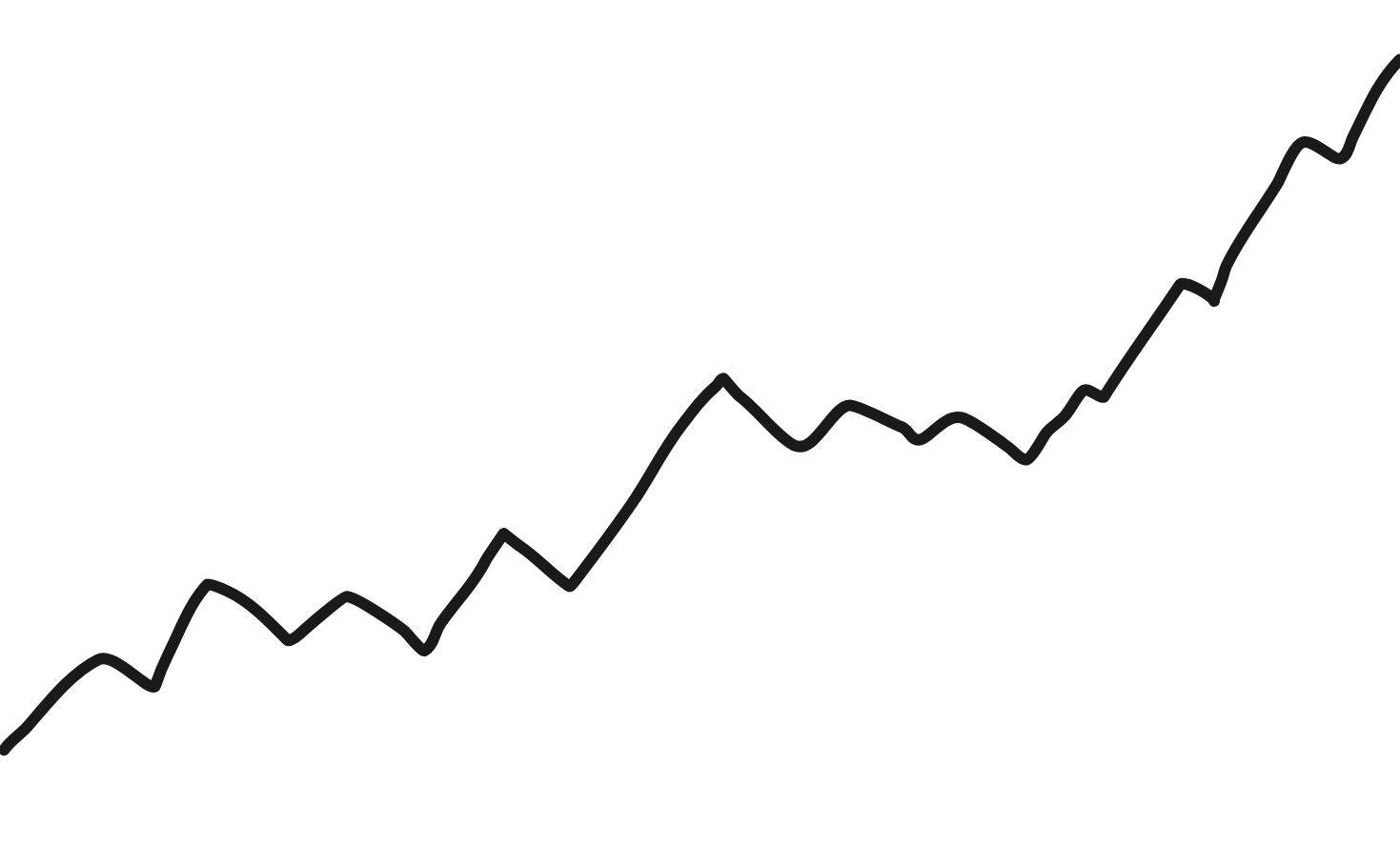 If these people are struggling to initiate their trades, accept losses, let their winners run, stick to their plan, it’s generally because money is at the forefront of their mind.

It’s what they want more than anything; they obsess about it, they fear losing it, and it’s stressing them out.

As a trader, you will see things more clearly and make better decisions overall if you’re not desperate for money.

You also need to understand it, appreciate it, respect it, and learn to deploy it and conserve it skillfully.

If at any point the mind is insecure about money for any reason, this will generate stress, worry and will make trading very difficult.

On the other hand, if you can allow the pursuit of money to be more of a secondary goal, that’s when trading will start to become effortless.

Money as a secondary goal.

And then you’re set… there’s nothing else to do but to execute.

But if money is on the forefront of your mind, if it’s what you crave the most, then you’re going to stress out about the market, obsess about your trades, and your results won’t be as fruitful as if you had a more detached approach.

Again, when people can’t stop themselves from making trading errors, it’s because their primary goal is to make money.

They crave it so bad. And, they can’t relax. They become agitated, stressed out, their execution is inconsistent. They are ruled by emotions like fear, greed, and envy.  This makes objectivity an impossibility and leaves them prone to making those costly trading mistakes.

But if you can take your focus off of money and instead put it on being consistent, you’d get much better results.

The traders that are openly obsessed about money are the most neurotic people in the world. They don’t have peace of mind. That’s because money is their primary goal.

I’m speaking from experience. Money used to be a primary goal for me as well. This would make me identify with my trades and I just couldn’t relax.

Eventually, I learned that such an approach wasn’t optimal. Now, my primary focus is on placing good trades, whether they’re winners or losers. A good trade is one that is backed by a plan.

If you focus on developing such consistency, your results will come together.

So again, making money is important, but find a way to make it your secondary goal. And make following your plan your primary goal.

If you really want to bring your trading performance to the next level, this is the way to go.

Right now, before the new week begins, take a pen and a piece of paper and write down that you will not obsess over money, you will not think of it, and instead, you will focus on trading well.

Place that paper near your computer, where you can see it so that you don’t forget it.

And then, watch how much more enjoyable (and profitable) trading becomes.