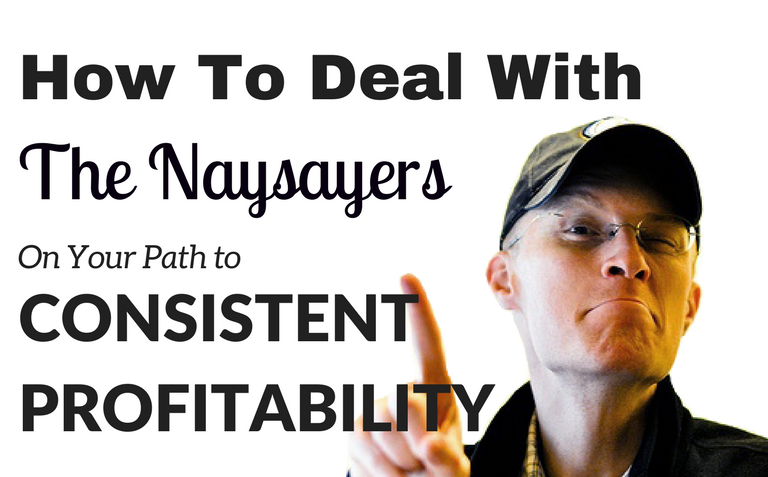 Trading is a tough game. It’s inherently simple but, for psychological reasons, it is very hard. You wouldn’t get paid the big bucks if it was easy.

So in learning how to trade effectively, the first few years can be brutal. Absolutely!

This is when all sorts of doubts and self-judgments arise.

It is also at this precise moment that emotional support can make a huge difference – the difference between quitting and keeping the fight.

When you provide emotional support to someone, it’s a way of making things a little less stressful, a little less heavy for that person — be it a friend or a relative. It is about lifting that person to higher ground so they can see their way through their difficulties.

But not everyone has the luxury of having supportive families and friends. Sometimes, the people who are supposed to be there for us seem to have completely different agendas. This is very serious because it can hinder progress. [And I’m talking from personal experience.]

So how do you deal with naysayers (let’s put it bluntly) amongst family and friends?

I’m no expert on this topic, but I can definitely share a few things that I’ve learned:

Are they close friends? Spouse? Any other trusted person? Identifying the naysayers is important because we obviously trust the people that are close to us, and we tend to take their comments to heart. But there’s a difference between being realistic and being a detractor, just for the sake of being one.

So learn to listen to what these people are saying, and then observe your own reaction. If what comes out of their mouth makes you feel discouraged and is overtly unempowering, then maybe this person is being a naysayer.

Like I said, in their mind, it might just be that they’re trying to be realistic. They might have a good reason for this, or that. Step back and think objectively about whether they’re bringing up real obstacles that you must be aware of and confront, and if so, figure out how to do that.

The obstacles that you’ll invariably find on this journey to becoming a consistently profitable trader are all workable! If you want it enough, you can figure out a solution.

Now, if the naysayers don’t have a valid point, read on.

Don’t hold on to their negative thoughts.

Naysayers have a way of taking their negative thoughts and transferring them to you. They’re really good at that. They plant a seed of doubt in your mind. When that seed goes unnoticed, it starts to germinate – it produces a stem and, later, from that stem, branches begin to poke out and eventually leaves. A chain of thought is produced — a story that you start to believe and it plays in the mind at an unconscious level.

Then you become agitated. And then doubtful.

If left unchecked, this can tear up your dreams and mess up with your goals.

Realize that there will always be Naysayers.

You cannot avoid that. This is a fact of life. Even the holiest of men that walked on the face of this earth had detractors. But you know what’s uncommon? It’s how one chooses to respond. What if you just smiled, and let the naysayers do the talking without you attributing any meaning whatsoever to their words? Try that…

Yes, smiling and ignoring, that works, but at some point, you’ve got to confront the naysayers. Especially if they are close to you, someone you cannot ignore. If so, it’s best to enlist the help of this person instead of fighting against them.

Tell them that this dream or goal of yours is super important to you and that you won’t be able to do it without their help. Tell them that you realize they have doubts and are concerned, but you really need them to be positive and supportive of you.

On this journey, they can be your ally or your detractor, and you’d rather like them to be the former. Maybe also remind them what the wise Plato once said:

“Never discourage anyone who is continually making progress, no matter how slow.”

Sometimes people are just misinformed. They might have misunderstandings about the market and trading. So, if the people in your life are ignorant, inform them about what you’re doing. And why it makes sense to you.

Know all of their arguments and have yours ready. Do your research, and be well informed. Then try to educate them, but do it right, with a kind, positive and sincere attitude. This is the best way to not have people clamp up on you, get them to listen, and even perhaps to change their opinions.

But if for any reason you can’t change their minds, which can happen, at the very least you’ll know better. Just try not to let their arguments create doubts in your mind. And work on proving them wrong.

Sit with yourself, in complete silence, for a few minutes. Look inside. Observe your thoughts as they come up. Get to know your mind. It is such a fascinating place. What amazes me is that it has all the ingredients to make or break you. It creates its own limitations but it’s also its own salvation.

Look inside — with enough practice, you will slowly learn to summon positive states within, even when everything seems to be going bad on the outside. And the best part is that those states are not contingent upon anything or anyone but yourself.

Sometimes, when we complain, people automatically form an idea of what we’re going through, even though, deep down inside, for us it’s not that bad. So, try to get into the habit of noticing when you complain and stop yourself right away. Instead of focusing on the negative, draw your attention to the positive.

Being positive doesn’t mean that you have to be overly happy, cheerful, and optimistic. It means that you cultivate perspective and allow wisdom to guide your life.

I want to end this post by saying this: Resilience is key in this business! So do what you have to do to stay in the game long-term. In due time, you’ll be able to:

And best of all: Nobody will be able to take that away from you!

At first, though, the path is tough and painful. But to paraphrase Will Smith in the movie The Pursuit of Happiness, don’t ever let someone tell you that you can’t do something. You have a dream, you need to protect it! People can’t do things themselves, and they’ll want to tell you that you can’t do it too. But if you want something, you have to ignore the noise and go for it. 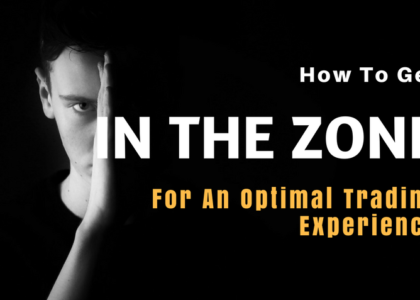 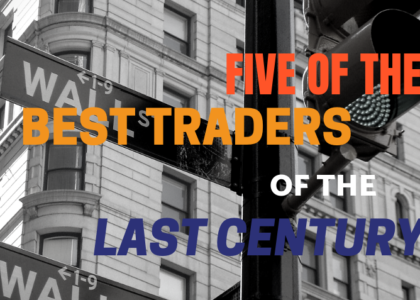