What A Rat Experiment Tells Us About Hope 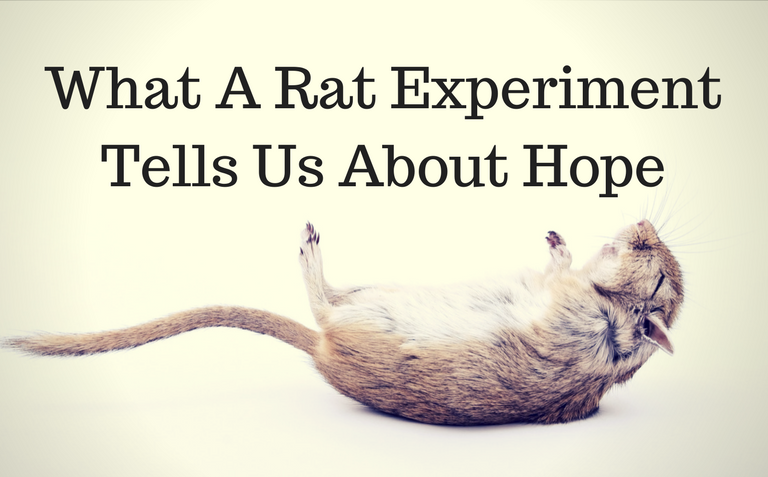 An interesting experiment was conducted in the 1950s by a scientist named Curt Richter. In that experiment, the man took a dozen domesticated rats and placed them into jars half filled with water.

What A Rat Experiment Tells Us About Hope

Unsurprisingly, the rats drowned, but the idea was to measure the amount of time they swam before they gave up and went belly up.

“The first rat”, Richter noted, “swam around and died two minutes later.” Two more of the 12 domesticated rats died in pretty much the same way. But, interestingly, the nine remaining rats did not succumb nearly so readily; they swam for days before they eventually gave up and died.

A second time, Richter conducted the experiment with wild rats, renowned for their swimming abilities.

What’s worth noting is that the ones he used had been recently trapped and were fierce and aggressive.

One by one, he dropped them into the water, and one by one, they surprised him: Within minutes of entering the water, all drowned.

“What kills these rats?” he wondered. “Why do all of the fierce, aggressive, wild rats die promptly upon immersion and only a small number of the similarly treated tame domesticated rats?”

The answer, in one word: Hope.

The rats that experienced a brief reprieve swam much longer and outlasted the rats that were left alone.

Richter, later, tweaked the experiment a little bit. He took other wild rats and placed them in the jar. But, right before they were expected to die, he picked them up, held them a little while, and then placed them back in the jar. “In this way,” he wrote, “the rats quickly learn that the situation is not actually hopeless.”

As it appears, this small “pause” made a huge difference. The rats that experienced a brief reprieve swam much longer and outlasted the rats that were left alone.

When the rats learned that they were not doomed and that the situation was not lost, they had a reason to keep swimming—and they did. It made them not give up so easily.

“After elimination of hopelessness,” wrote Richter, “the rats do not die.”

So how is that relevant to us?

Obviously, humans are quite different from rats, but one similarity stands out: we all need a reason to keep swimming.

So hope obviously serves an important function: it’s a primal survival-based mechanism embedded within us. But hope gets a bad reputation these days. People hear the word and dismiss it as doe-eyed, wishy-washy, emotional fluff.

But that is missing the point. You see, hoping is not the same as wishing or dreaming: it is regulated by an assessment of the possibility and, unlike a dream or a fantasy, that possibility has to exist even if the odds are slim.

For instance, you can wish you hadn’t gotten into an accident the other day, but you can’t hope it. For you to hope something, there needs to be a possibility. Hope is on one end on the spectrum of how you react to possibilities in the future. The other end is despair.

So clearly, as a human being who lives and experiences possibilities, you need hope. Not only do you need it, it’s an inevitable part of your experience. But as a trader, there’s an important discussion to be had about its usefulness.

As a primal survival-based state it is important, we’ve seen that, but in a field like trading where rational and informed decisions need to prime, hope needs to be moderated.

The reason is very simple: the moment you begin to entertain the hope of obtaining something from what you’re currently doing, you’re instantly taken out of the experience of the present moment and you start operating with a loss aversion bias, which leads to rigidity and inflexibility.

So, in order not to mess up with your system’s capabilities (because that’s what loss aversion make you do) ideally you need to be situated at the center of the spectrum most of the time.

This doesn’t mean a complete elimination of hope. Rather it means that you are hopeful about what your overall performance will look like in the far future, but in the short-term, your feelings of hope are tempered by a full understanding of probabilities.

Which means that you know that, in the short term, anything can happen! You don’t just know it in a kind of loosey-goosey way, no, you understand it fully. This way, you’re not left hoping for things that can’t possibly happen.

This is one of the greatest paradoxes in life: if you want to be good at anything; if you want some future results that look a certain way, you’ve got to let go of the expecting mindset and focus on putting in the right kind of work.

The best way to approach trading.

It’s very simple: say you and I put on a trade, betting on the upside. But as we watch it unfold, the market is indicating that it wants to move to the downside.

Now you might say, “It’s gonna keep going down from here and hit our stop-loss.“

I might say, “I know it’s going down, but I really hope it goes up.”

Both of us are sort of focusing on the possibility for that trade. It’s just that I’m adopting a hopeful approach and you are doing the opposite.

Let’s say another friend of ours comes in, and she goes “I obviously want the market to go up and the trade to be profitable, but I’m ready to accept anything that comes. Because trading is not one trade. It’s a lot of trades.”

Same inherent desire, same estimation of the probabilities but a glaring difference in attitude that I take to be the essential difference between good traders and bad traders.

Hanging out on any end of the spectrum isn’t an optimal use of our mental energy. Instead, if you can learn to experience hope from a place of freedom and not through the lens of attachment – of needing something to be a certain way in the short term – you’ll be far ahead of the crowd.

Mindfulness (and insight into change) teaches us to embrace our experiences without clinging to them — to get the most out of them in the present moment by fully appreciating their intensity, in full knowledge that we will soon have to let them go to embrace whatever comes next.

In that sense, it also teaches us to experience hope from a place of freedom. Because change is built into the nature of things, nothing is inherently fixed, not even our own feelings about something. No matter how bad the situation, anything is possible.

When you make mindfulness your ally on this trading journey of yours, the tendency to cling slowly dissipates; your mind becomes open to everything, ready for anything.

A word of caution: Don’t even try to let go of clinging. When you become attached to the idea of becoming unattached, you are still trapped in attachment. Attachment/clinging drops away naturally and unexpectedly on its own accord when you relax easily in uncertainty. 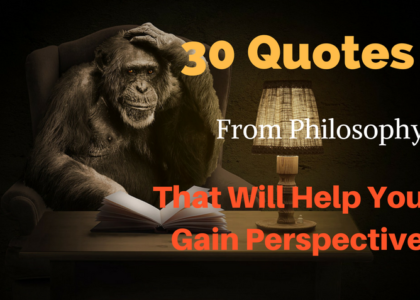 30 Quotes From Philosophy That Will Help You Gain Perspective 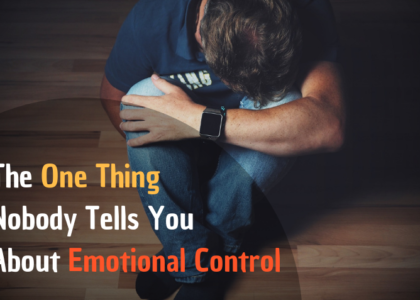