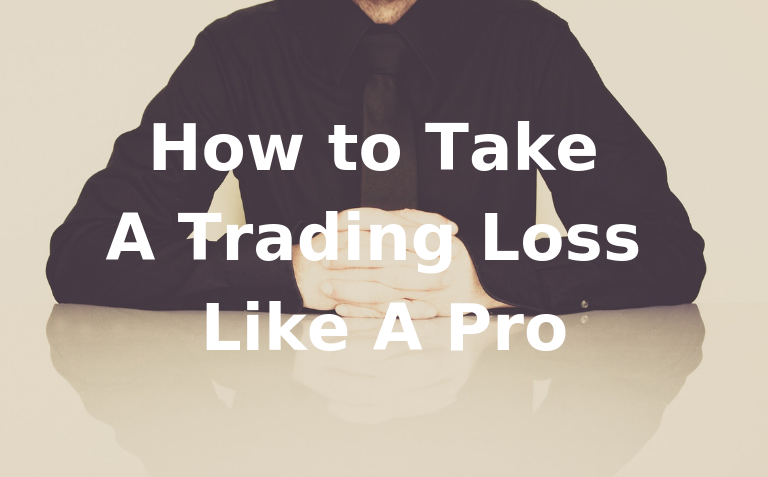 My goal here at Trading Composure is to help show people what trading is all about – it’s not just about trading systems, analysis, and risk management. There’s also a mindset component to it all that too many people ignore.

And because they ignore it, they never really get to a point where they can deliver predictable results in the market.

That said, in today’s post I want to talk about the inevitability of losses, and I want to give you a simple practice that I encourage you to do right after you’ve taken a loss – we’ll also see how and why it’s effective.

My Struggles With Risk Management

So growing up, I unconsciously built myself  a sort of mental wall to shield myself from suffering.

I began basing a lot of my self-esteem around stubbornly holding to my opinions even when wrong, and having the right values and world view, which made me a very defensive person in general.

Naturally, later when I began trading, I had to learn to admit quickly that I’m wrong and take losses gracefully.

This openness to being vulnerable was foreign to me, so risk management was one of the hardest things to do.

I struggled with it to such a degree that I came to a point where I nearly blew up a 100k trading account.

That aversion to being wrong coupled with the pain of losing so much money then morphed into a deeply distressing experience – a trauma– that crushed me even further and caused me to develop an aversion to trading itself.

I had to take a long break from trading and do a LOT of inner work to get past it.

The market has somewhat predictable trends and cycles when you look at it over longer periods. But it also has a lot of noise and this makes trading a very frustrating experience for the unprepared souls venturing into this field.

Suppose you trade a simple pullback strategy. You’re risking 1 to make at least 5. 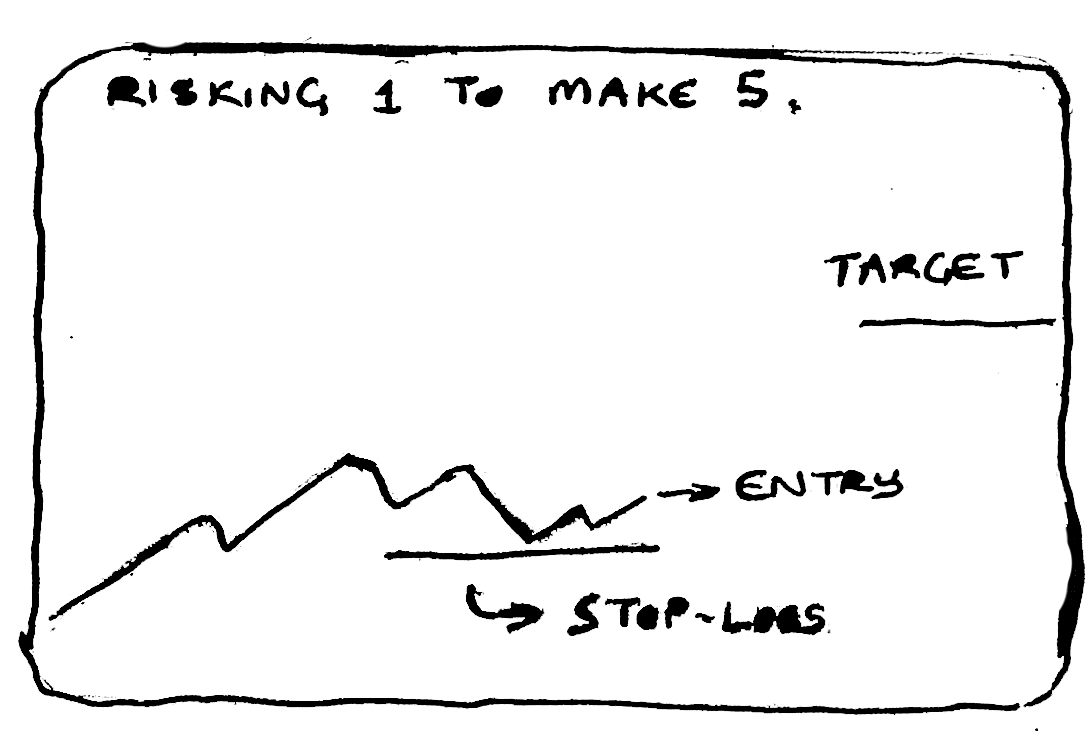 Very often, you’ll be right about the direction of the market, but you’ll see the market hit your stop loss, take you out, and then head in that direction without ever looking back. 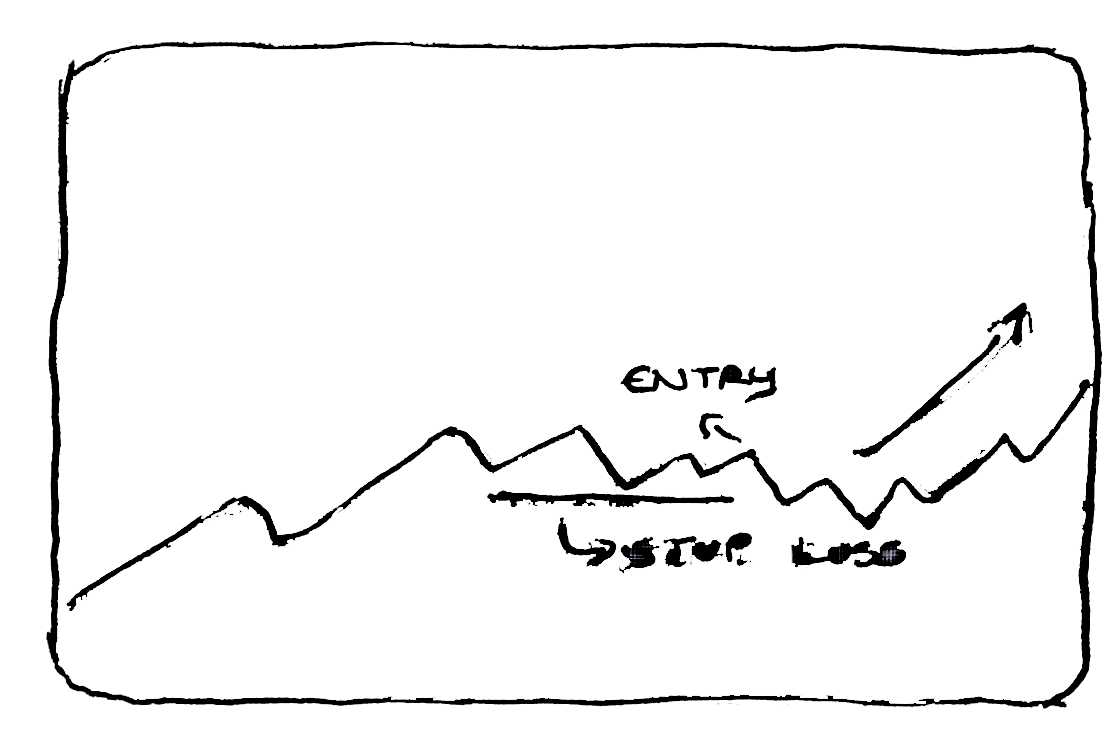 You could say, “Well, in that case, it’s better not to put a stop loss.”

But the problem is that it only takes one time where the market decides to keep its downward trajectory to cause a lot of unnecessary damage to your account, or even wipe you out completely. 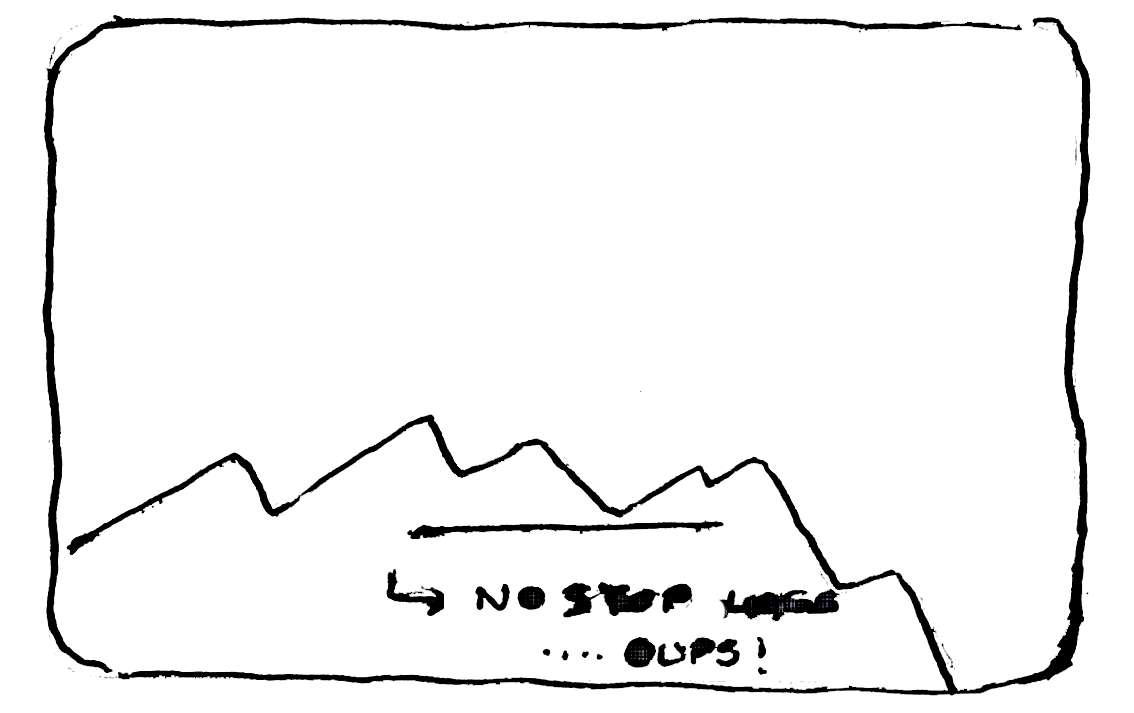 Or you could approach trading with a different strategy, one that shoots for lower rewards and bigger losses. 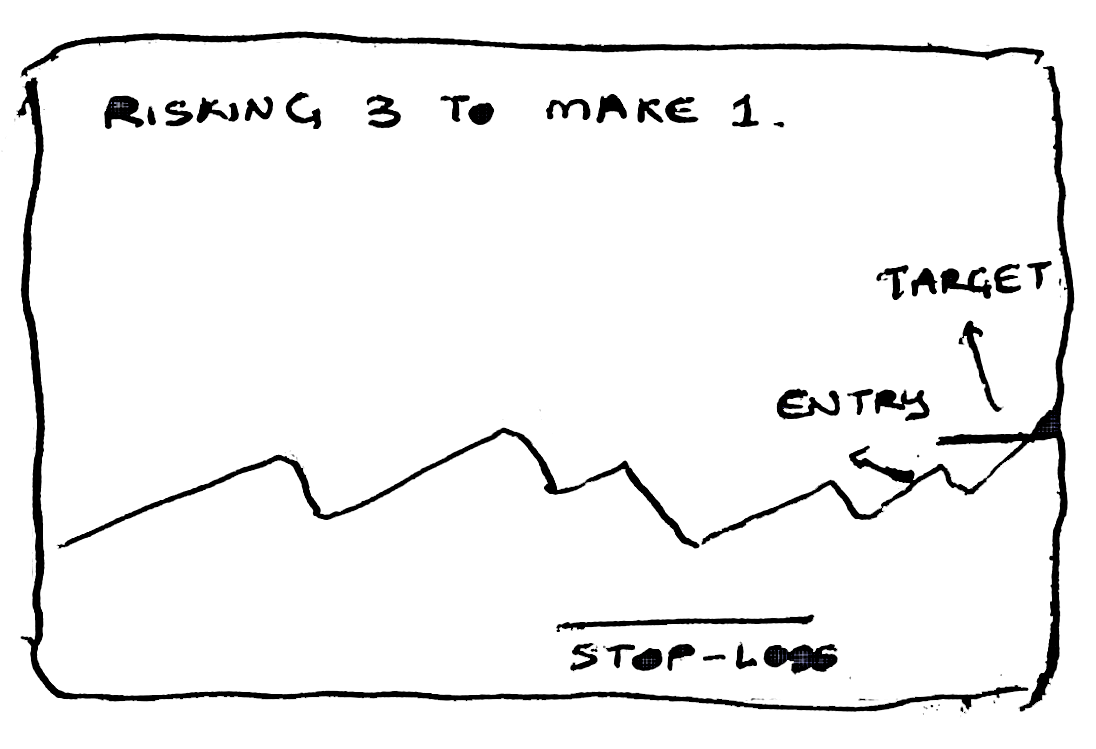 But this kind of strategy is fragile. Two consecutive losses can offset many profitable trades and undo months of diligent effort.

A robust strategy is one that embraces uncertainty, keeps losses small and shoots for bigger returns.

And in trading such a strategy, no matter how you cut it losses are an inevitability. They’re just part of the game.

You can’t make an omelet without breaking a couple of eggs.

Hence, if you do not change the attitude you might have regarding losses; if you do not develop an openness to being wrong, you will have a tough time as a trader.

Why losses ultimately trigger you is because of what you believe about them, which is the accumulation of all your life experiences.

Above, I’ve shared the issues that I had when it comes to taking losses. But different people will come into trading with different baggage.

Here’s a little practice that I suggest. Do it right after having taken a loss.

When taking a loss, here is the pattern one typically falls into:

From now on, every time after taking a loss, notice the story playing in your mind about how this situation sucks, how discouraged or cheated you feel, how much of a loser you are, and so on.

And just say the opposite.

For instance, if you notice an aversion to the loss, tell yourself that controlled losses are a necessity; that they’re part of the process.

If there’s a story playing in your mind saying how much of a loser you are, you say to yourself, “I’m good enough,” or “I’m worthy.”

I’m not having you say these affirmations for the purpose of believing them.

I want you to say them so that you can bring up any unconscious material that would like to argue with that.

In all likelihood, you’ll notice a reflexive movement of energy that comes, a sort of rejection of those affirmations.

And that energy only gains power and momentum when it arises unseen. Because then, it gets interpreted automatically and is acted upon.

But here, after a loss, you’re summoning it on purpose, you’re noticing it, accepting it fully, and then relaxing into it.

When noticing the energy, be careful not to label it. Don’t think of it as “good” or “bad.”  There’s nothing to mentally rationalize or analyze about the energy. Just be with it with acceptance and kindness until it passes away on its own – it always does!

If you can do that after each trading loss, then they’re going to have a harder time triggering you. Because you’re opening up and are willing to feel vulnerable.

But if you don’t notice that energy and how it generates a streak of stories, reasons, and judgments in the back of your mind; or worse, if you notice it and reject it, it’s going to be a lot easier for a loss to trigger you.

This simple ‘after-loss’ practice will help you change how you relate to experience.

When you approach trading this way, there is no ego involved. Short term losses become part of the process ―an inevitability, or, as the wise would say, a stepping stone― and you’re not giving them the power to destabilize you on an emotional level.

Now, research shows that it can take between 21 and 66 days to learn new habits or behaviors, which makes sense because neural pathways become stronger the more they are used.

Therefore, if you want to change a certain aspect of your life, you need to not only learn new information (like reading this blog for instance) but also actually engage in the corresponding new behaviors, repeatedly.

The old habits of fearing a loss or hating to be wrong didn’t build up overnight, and they won’t go away overnight either.

The failure rate in trading is pretty high. There are many studies that bear out this harsh truth.

The world has a population of about 8 billion people. A very small fraction of that population invests in financial markets. Of that small fraction, I’m willing to bet that an even infinitesimal portion of it approach trading with a focus on the mindset component.

And that’s why people consistently fail to deliver positive and predictable results (I’m willing to bet on this!) and only a very small number of people do.

To do well in this field is to do everything differently. Yes, you need a viable trading strategy and the risk management plan that comes with it, but you also need to become good at managing your states of mind, or else it all comes tumbling down like a house of cards.