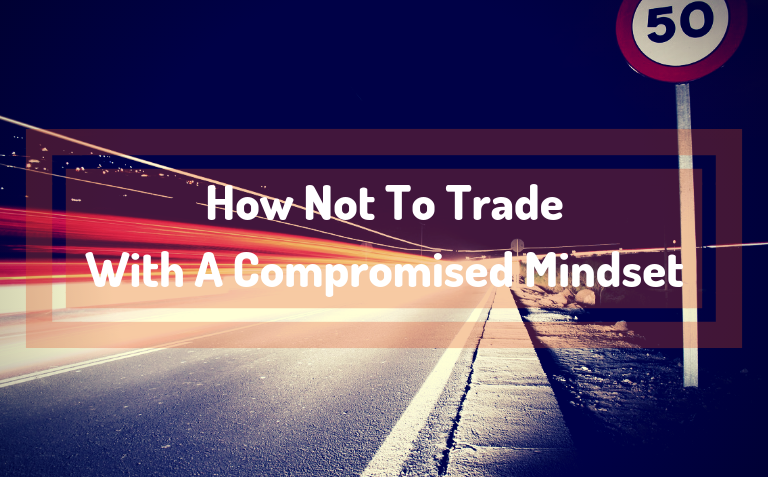 It doesn’t take much to create a monthly income from trading.

For many, one good trade, that’s all it takes.

Many reasons –not having a trading strategy; not understanding that strategy and what it’s attempting to do; a poor management of risk; a poor understanding of probabilities; a lack of self-control – and I’ve discussed most of them on this blog.

Here’s an additional one:

That’s right, some people have trouble sitting on their hands and waiting for the absolute best opportunities in the market. They want action, and they feel they have to trade all the time.

For instance, a day trader might begin her day as follows:

She places one trade. Luckily, it’s a winner, and a decent one.

But, she isn’t quite satisfied with the profits yet – she wants more.

So, she places another trade. Unfortunately, this one turns out to be a loss, which causes her to give back a good portion of her earlier gains.

And now, she is disappointed.

Her immediate goal becomes the recovery the loss, so she places another trade.

But she’s still not satisfied. So she waits, and eventually she initiates another trade. After that, another one. And another one, only to realize that she is digging herself a deeper hole the more she trades, because now she’s trading with a compromised mindset.

All of that just because she wasn’t satisfied with the initial gains from her first trade.

Many people suffer from this addiction to action precisely because they don’t see just how vital a role a structured approach to trading plays. Hence, these people trade whenever they want to. Their goal is to make money at all cost, and so, they don’t know when to stop and walk away – they only do so when they’ve been hurt badly enough.

You can’t really blame them. After all, in other fields (business, for example), the way you become successful is by working your ass off; it’s by pushing through discomforts and obstacles.

Don’t get me wrong. In trading, you also need a good dose of hard work and resilience, but you also have to learn when to say “That’s enough for today.”

The moment you push and trade with a compromised mindset, you incur the risk of getting in suboptimal trades and mismanaging risk.

To compound the problem, many will rationalize and “explain away” their self-destructive behaviors.

For example, they’ll look back at a time when they didn’t trade and say “See! I could have profited from this nice move in the market had I placed a trade right here.”

And so, this becomes a justification for their wanting to place as many trades as they can, whenever they want to, without any regard to how compromised their mindset might be.

On a purely theoretical level, if one has a trading system with a positive expected value, this certainly seems like a rational thing to do — given the law of large numbers, placing many trades is certainly preferable.

But the problem is us, humans. We’re fallible. We can’t be rational and objective all the time. The more tired, exasperated, hungry, sick, desperate, disappointed, we are the less we’re able to think and act objectively.

No matter how much willpower or discipline you think you have.

This is just a fact. (You don’t have to believe me on this, check out Daniel Kahneman and Nassim Taleb’s work)

So, the idea of structuring your trading activities by limiting the number of trades you place per day (or per week, if you’re a swing trader), is to protect you against yourself.

Say you’ve decided that you’ll place only 3 trades per day, on any given day.

After those 3 trades, if you end with profits, great. Go rest and enjoy the rest of your day. And come back refreshed the next day.

Similarly, after those 3 trades, if you end with losses for the day, it’s all good because you have a trading system with a positive expected value (I hope you do!). So take your loss, go rest and enjoy the rest of your day. And come back refreshed the next day.

That’s how I do it, and that’s how many others do it. As you see, it’s about accepting what the market gives and walking away (regardless of profit or loss), and coming back the next day, ready to take on that day’s 3 trades with renewed discipline, motivation, perspective, and focus.

This is not rocket science.

It’s really not! It’s about organization and mindset management.

If you want to keep trading 20-30 years from now, and profitably so, right now begin to create a framework that you can follow and that will protect you against yourself.

And, by all means, stick with it.

Remember, you only need one good trade.

Don’t make this more complicated than it needs to be. 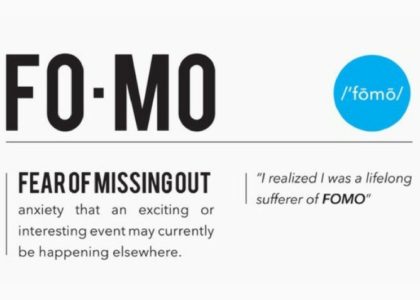 What You Need To Know About FOMO
The Most Unconventional Way To Learn Discipline
Trading is meditation
Categories
Featured
Comments
Random
Ray Dalio: “The Most Important Thing A Trader Can Have Is Humility.”
Videos

30 Stoic Quotes That Will Immediately Change Your Perspective
Quotes

30 Quotes From Philosophy That Will Help You Gain Perspective
Long Posts, Quotes
TRADING COMPOSURE SCHOOL
TWO GROUND BREAKING COURSES
Learn stability of mind and great trading processes
WITHOUT THE BULLSHIT
ACCESS
Recommended
BOOKS FOR TRADERS
"Reading is to the mind what exercise is to the body."
SEE THE LIST
Learn to trade with a carefree state of mind
START HERE