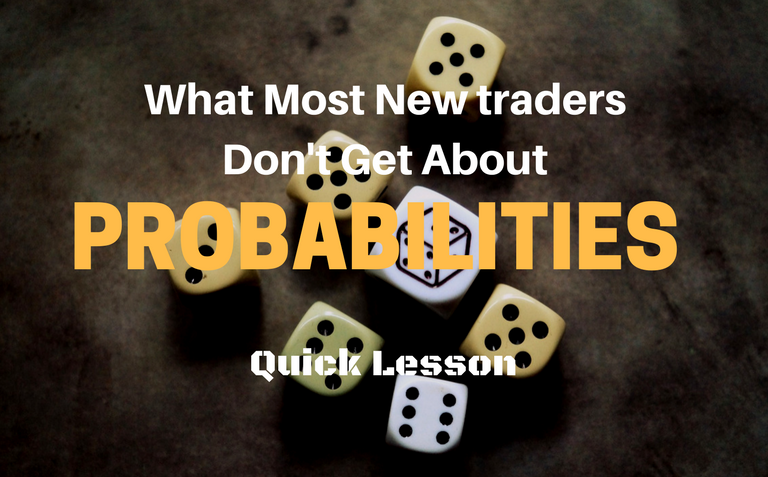 As I sit back and reflect on my journey as a trader, where I was and where I am today, I can clearly point out the things I didn’t get right at first. For instance, one of the fundamental lessons that I’ve learned and come to accept is that certainty in the market is an illusion.

The analyses, all they tell you is that something is likely to happen. But likely, doesn’t mean a sure thing.

Here’s an analogy that is often used: If I flip a coin that’s slightly more weighted on the tails side, I know how the outcome will shape up in the long-run. (overall it’ll land more on the tails side). But in the short-term, there will be a lot of noise – the coin will land on both heads and tails, often in streaks.

If you haven’t noticed, that’s precisely what trading is, and that’s why strategic money management is paramount! No matter how extraordinary your market edge is, if you place all your hopes and dreams on any individual trade and start betting the farm, at some point, you are going to be disappointed.

Now, this ‘not knowing how things will turn out in the short term’ has led many traders (even seasoned ones) to fear the term ‘prediction,’ or, ‘forecasting.’ My take on this is this: the moment you place a trade with a directional bias, you are, in effect, predicting/forecasting/anticipating.

The human brain is a fascinating “device” that’s really good at that, though it might not seem like it. Our thoughts are regurgitations of past events/experiences/reactions streamed into our mind in the present. Our brain does that because it’s constantly attempting to use those experiences in some way –consciously or unconsciously — to predict the future (which also appears as thoughts).

As you see, we do predictions/ forecasting/ anticipations all the time, and stacking trading and “I don’t do predictions, I just react” in one sentence is just nonsensical. Reaction is prediction.

Really, it’s not predicting/forecasting that’s an issue. It’s our expectations that are not aligned with some basic probabilistic facts.

So you see, everything about our lives is a matter of probability — at the macro level, at the micro level — existence itself is a game of probability. And what plagues the typical trader is a poor understanding of his probabilities in trading.

We usually have high degrees of control in many areas of our lives – in the material world.

The problem arises when we expect the same in trading. We’re so used to controlling things in our daily lives with high degrees successes (because the probability of successfully doing so is high) so, when we come into trading, we bring in that same kind of mindless expectation.

We place a trade, and then we expect a specific outcome. And we feel like we have to control the trade, tweak it, and constantly check it in order to make the outcome materialize as we would want it to be. But when it doesn’t happen, we feel bad; we have a hard time accepting it.

Prediction exists on a continuum ranging from low probability to high probability. And the thing with trading is that your probability of success in the short run will never be as high as it can appear to be in other areas of life. It’s just a fact. There is a lot of noise. (winners and losers come in streaks.) Chance plays a big role in this game. And it’s just something you have to learn to accept.

The true meaning of acceptance

Acceptance is the act of ‘being at peace with.’ It’s about embracing. Acceptance literally means ‘taking what is offered’. It doesn’t mean just gritting your teeth and bearing the outcome. No, it means fully opening yourself to your present reality—acknowledging how it is, right here and now, and letting go of any internal struggle.

But what if you want an outstanding trading performance and not just ‘accept it as it is’? Well, that’s the paradox: The more you accept the outcomes of your trades without resisting; the more you keep placing other trades irrespective of how your past trades made you feel, well, the more you’re letting the probabilities work their magic without interference. And the more your performance improves.

So if you can learn to understand, accept, and appreciate your probabilities, your actions will be far more effective since all the time and energy that you waste on struggling with thoughts and feelings will be invested in taking action—the right kind of action. 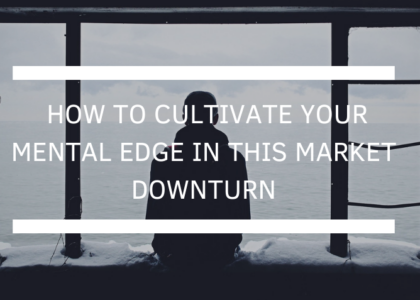 How to Cultivate Your Mental Edge in This Market Downturn 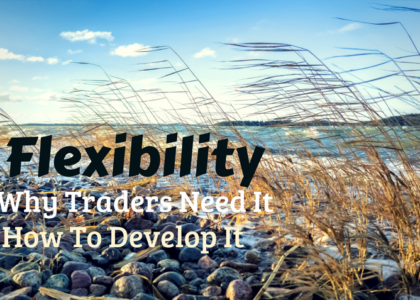 Flexibility — Why Traders Need It And How To Develop It
Trading is meditation
Categories
Featured
Comments
Random
Ray Dalio: “The Most Important Thing A Trader Can Have Is Humility.”
Videos

Transform Your Market Performance With This Simple Shift
Long Posts

I’m A Self-made Profitable Trader, And Here’s The Best Advice I Can Give You About Trading
Short Posts

Top Tweets For Traders #7
Short Posts
TRADING COMPOSURE SCHOOL
TWO GROUND BREAKING COURSES
Learn stability of mind and great trading processes
WITHOUT THE BULLSHIT
ACCESS
Recommended
BOOKS FOR TRADERS
"Reading is to the mind what exercise is to the body."
SEE THE LIST
Learn to trade with a carefree state of mind
START HERE