What You Need To Know About FOMO 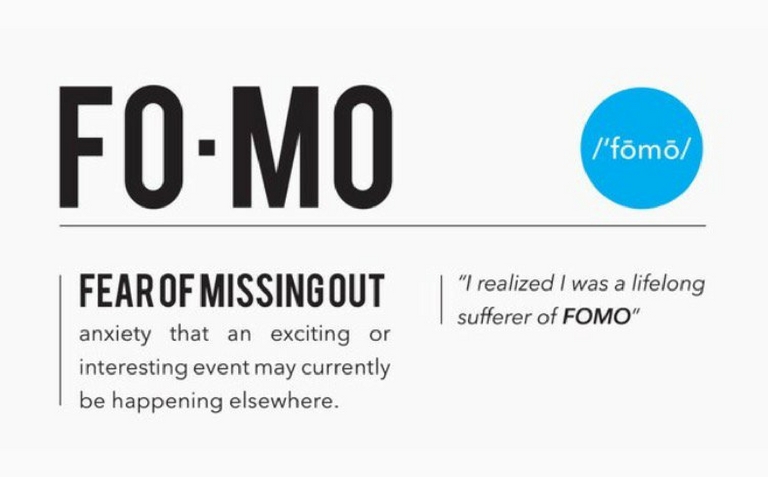 You’ve undoubtedly experienced the fear of missing out before – dubbed FOMO.

But really, what is FOMO; what are its physical and psychological implications? And how can you free yourself from it and, by the same token, improve your trading performance?

What You Need To Know About FOMO

To answer this question, we must first look at what emotions are.

In truth, scientists have a hard time reaching any kind of consensus. But most experts in the matter agree on three things:

1. The middle layer of the brain, called the “Midbrain”, is where emotions originate.

2. A complex series of physical changes throughout the body is at the core of any emotion.

3. These physical changes condition/prepare us to take action.

Physical changes in the body include changes in heart rate, hormone levels, blood pressure and circulation, muscle tone, as well as the activation of different parts of the nervous system.

In our subjective experience, we notice these changes in different manners – “butterflies” at the level of the stomach, a “lump” in the throat, shaky hands and knees…

We also notice them as urges to act in a particular way – cry, laugh, hide, fight, and so on.

Under the influence of FOMO

Emotions tend to have us act in different ways. For instance, when you’re under the influence of FOMO, you commonly tend to override your trading plan — making changes to your trades, increasing your risk, entering before you get a signal, not getting out when your price target is reached. And so on.

But notice the keyword I used here: tend.

It’s very important that you understand this…

Let’s say, you’re anxious about missing out, you will certainly have the tendency to do certain things that you wouldn’t do normally. But no matter how hard-hitting the emotions are, you can choose to act differently – in accordance with your plan and your longer-term objectives.

The experience of FOMO certainly varies from person to person (as does any emotion), but it may include some of the following:

➤ Thoughts about what might go right, what might be missed, memories of when you missed an opportunity, etc…

But no matter how strong these symptoms are for you, they certainly do not control your behavior. And here’s a simple example to illustrate why.

Have you ever felt angry but acted calmly?

I’m sure you have. Even though you felt like bursting out, you actually managed to speak slowly and calmly while maintaining a look of serenity on your face.

What prevented you from acting out your anger?

The answer: Your will. Isn’t it?

It’s just that! You can find many other reasons but inherently, it’s all just that.

In other words, you had a tendency to act like an angry person (and be one), but you chose not to.

You can control your behavior

Here’s the point I’m trying to hammer home: Even though you can’t really control your emotions and the way you feel, you can directly control your behavior.

The idea that emotions control your actions is widely accepted as a fact and it’s a very powerful illusion. But it’s just that: an illusion. And it’s so anchored in our minds that it’s hard to believe otherwise.

Let’s get back to FOMO. When you’re in that state, just remember that even the best traders experience this.

They do and probably as often as you do!

But, the difference is that, consciously or unconsciously, they’ve somehow managed to develop a will that is as strong as, if not stronger than their urges.

Second, because they also know that their will is subject to changes (when it’s used too much it gets depleted temporarily), pro-traders set up a certain set of practices (or rules) that’ll take most of the hard decisions out of their hands, thereby protecting their emotional capital as much as possible.

And these are developed through repeated practice and positive feedbacks on mistakes.

They’re also the result of having understood very clearly (and through experience) that emotions, in a field like trading, are deceptive and following them will often lead to disastrous results.

It’s like going to the gym. It’s not easy but you still go. Because you want the damn results!

It seems as if emotions cause us to lose in the markets. But actually, it’s not true. We’re only acting this way because we’ve developed bad habits.

And this, ladies and gentleman, is how you learn to transcend FOMO.