Developing such a capacity is, I think, one of the most important goals as a trader and in working towards that goal, there is one concept that needs to be understood: duality.

Simply put, “duality” is the two-sidedness of everything — the fact that everything has an “opposite,” a polar complement. But, Big, small; win, loss; right, wrong; success, failure; good, evil, this separation (or split) is made by the human mind so long as it is assessing what is sensed through the senses and using experience to label that which is sensed.

But in reality, these different opposites are simply not there.

Flash crash in 2010, 2 traders lived the action and this is what they say: The first trader says that it was a tragedy, it’s like the event lasted forever. It was horrible; it looked like the world was falling apart. This trader was unprepared and lost a couple of thousand dollars in an instant.

The other one says that it was fast and easy money – the event lasted a couple of seconds, but it was one of these days where luck meets skills. To this day, this trader is impatiently waiting for the next flash crash to happen because it equal opportunity.

Why is this important?

Understanding duality is important because it allows us to see from other perspectives. It allows us to understand that what we may think is true is true to us (relative truth) and might not be true in general (absolute truth).

This does not mean that relative truth is unimportant or meaningless. What I’m saying is that it might be useful at times to open our mind a little bit because relative truth can sometimes trap us in a way of looking at the markets (and the world) that is short-sighted, closed, and limited.

When your mind is too much ingrained in duality, you become too demanding or too greedy, or too fearful, or too inflexible. You discriminate too much, and thus you unnecessarily limit yourself.

The open mind has no thought, “I have to attain something”. The open mind knows that this kind of thoughts limits rather than liberates. When you have no thoughts of achievement, no thought of self, you become truly open to whatever circumstances you find yourself in. At this point, there is no resistance and thus, no limitations on your performance in trading. With this state of mind, you are also putting yourself in a better place to learn.

So, the most difficult thing in trading is the development of an aptitude to go through vicissitudes with stability of mind, and developing such a capacity requires an open mind. If you have that, there is no need to worry because everything will fall into place over time, naturally and organically. 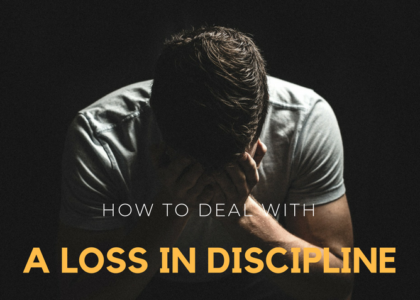 How To Deal With A Loss In Discipline 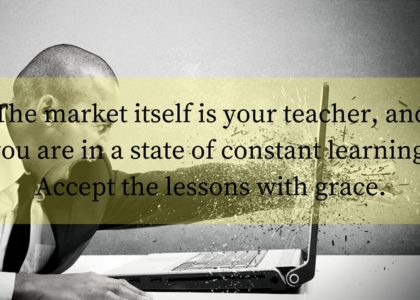 What Your Mind Tells You When You Lose Money, And What You Can Do About it
Categories
Learn to trade with a carefree state of mind
START HERE