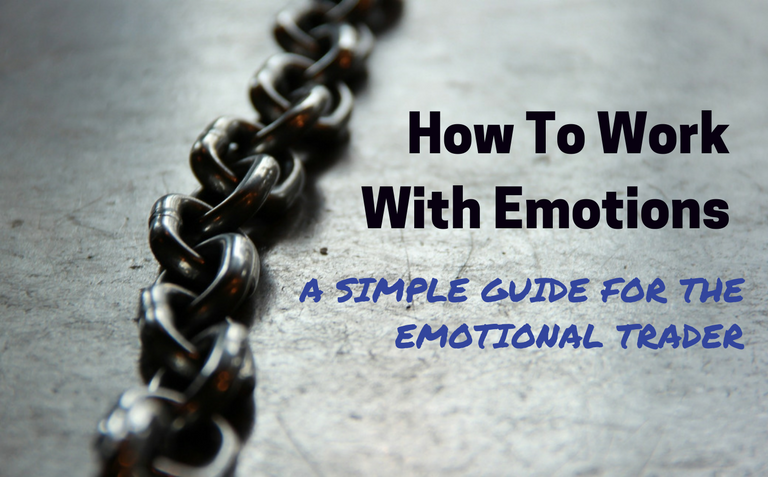 As we all know, emotions are complex experiences. An emotion involves thoughts, sensations, physical afflicts, colorations of the mind, and, how well we recognize them as they arise in the present (and diffuse them) depends on our level of awareness.

For most people, awareness – of thoughts and emotions – is a completely unfamiliar aspect of experience. They live their lives doing all kinds of things, not even recognizing that there is an underlying emotion that might be driving it all. They can’t think of themselves as being separate from their emotions, or their thoughts, and it’s very sad.

It is sad because these people live their lives not knowing that there is an alternative to being at the mercy of discursive feelings and emotions, and this alternative promises better psychological satisfaction. As long as we’re not open to feeling and seeing our emotions, we live very defensively – we cannot guide our actions with objective reasoning, thus tempering the primitive area of the brain that is always trying to protect us from imminent dangers, even when there are none.

Let’s look at a simple example.

James is a forex trader who has a losing trade on his hands. Instead of inquiring about the nature of that loss (is it born of a trading mistake? Is it a result of the normal distribution of wins and losses?) he snaps at the market in anger and breaks his keyboard.

This is the third keyboard he breaks this month.

There are a few things to note here:

Clearly, James is angry and frustrated, but reacting with anger will not likely help the situation. In many cases, it will only worsen it! James is probably having a bad day and he certainly sees this loss as the cause of this.

2. James is not objective.

Even if he has a legitimate point to make about how this loss could have been avoided, he could take a step back and view the issue constructively and objectively – and certainly not blame the markets (or even himself for that matter). Whatever caused the loss, the only constructive way to look at it is through the lens of understanding, patience, impartiality, flexibility, and certainly not anger, frustration, and disappointment.

3. James doesn’t even know he’s lost stability of his mind.

In all likelihood, James will want to respond to his losses with another *revenge* trade – just to feel right again, and whole. But responding this way, especially through the lens of anger, won’t help. If he can let go of the anger or frustration response (which naturally comes up), he can respond calmly and constructively. But, how can he reliably do that when he doesn’t even know what awareness means?

4. No matter how he feels, James always has the choice.

It’s not the market’s responsibility to accommodate him. As much as he would want to, James can’t force anything upon the market. However, he can change his own response, which is his responsibility if he ever wants to change his experience of trading to something that is easeful and smooth. He just has to develop his powers of awareness.

There are other people who may recognize when emotions are present and arising, but they are deep into habituated patterns of being drowned in them.

Eric, for instance, trades U.S stocks. He has a trade on with open profits and he wants to let it run for maximum profits. He pertinently knows that is what he should do based on the evidence at the moment. However, he is conflicted about it as he recalls his previous painful loss.

Eric is aware of his feelings but his powers of awareness are not polished enough.

Eric knows that he is experiencing aversion, but part of him thinks it’s legitimate since he doesn’t want to get hurt and disappointed again by a losing trade. He also knows on an intellectual level that he should let this trade run, however, he is completely unable to detach himself from all the processes that lead to the construct of aversion. He may gain awareness of this emotion (and the discomforts associated with it) in the midst of it, however his level of awareness is not polished enough to make him snap out of it.

Eric is unable to see past this emotions.

So even though he witnesses the opportunity in the markets to let his trade run (which he initially does), he ends up taking the trade off and at the wrong moment – on a retracement.

Just like James, Eric is locked in a pattern of blind reactivity.

The simple antidote is awareness. But more precisely the right kind of awareness. If we are not mindful right at the moment we put a trade on, during that trade, and finally, after the trade has been exited, thoughts appear, easily trigger emotional responses and the behavior that usually follows.

For both James and Eric’s respective cases, what is so perplexing is how quickly this phenomenon of being captured happens – how thoughts, in many cases can condition different emotions without us even being aware of them. And all of this often happens even though the market, in this present moment, bears no relationship to what happened in the past, except as a thought in the mind.

Awareness is something that is practiced and refined until you’re able to see thoughts arise and you see them for what they are — impersonal; impermanent. This also has the benefit of revealing the impersonal nature of emotions.

Physical discomforts, colorations of the mind, those are just automatic and contingent processes in the mind-body phenomenon that are linked together. However strong the discomforts, we need to look into these processes with objectivity so that we can be mindful of our impulses, rather than unknowingly get caught in them.

Whatever we think of and ponder over, that will be the inclination of the mind. Frequent repetition of thought patterns and emotional states actually strengthens the neuro-pathways in the brain, which makes it easier for the same kind of thoughts and emotions to arise again and again, and each time, a little bit stronger and more anchored in your character than ever before.

So ask yourself this question: what pathways do you want to strengthen? If you are not paying attention to what you are cultivating as thoughts and emotions, very often (and unknowingly), you are strengthening the patterns that lead to more suffering for yourselves and more mediocrity in your trading results.

Looking for even more trading tips? You might want to check out the Learn to Trade website. Their website is filled with trading insights including a useful guide to building a diverse investment portfolio. Take a look and see what you can learn about managing your finances.

This post was an excerpt from my book, The Essence Of Trading Psychology, available on Amazon.

If you’re looking for help in building the kind of habits and awareness that drives market success, the Trading Psychology Mastery Course is a 2 week home intensity program where we work on that, one small step at a time. You can check out the reviews by clicking on the offer below.

Hit Those Three Trading Goals And Accelerate Your Success